Jumei.com's valuation fell 90%, there is no future vertical electricity supplier?

(Summary description)Beauties, bikinis, cocktails, these elements make the W Hotel in Shanghai, the Bund, full of fashionable, relaxing and cheerful atmosphere. This is the recent women's fashion and street culture public

Jumei.com's valuation fell 90%, there is no future vertical electricity supplier?

(Summary description)Beauties, bikinis, cocktails, these elements make the W Hotel in Shanghai, the Bund, full of fashionable, relaxing and cheerful atmosphere. This is the recent women's fashion and street culture public

Information
Beauties, bikinis, cocktails, these elements make the W Hotel in Shanghai, the Bund, full of fashionable, relaxing and cheerful atmosphere. This is the recent women's fashion and street culture publication "YOHO"! Girl "held in Shanghai W Hotel's pool party live, Japanese supermodel Mizuhara Kiko, China popular singer Zhang Bichen, Jike Juan Yi also have to live show.
"YOHO"! "Girl" is China's influential trend of cultural communication platform YOHO! Its sub media. This is similar to the pool party oriented trendsetter activities in YOHO! Not uncommon. It also makes YOHO! The parent company, Sony media is somewhat different: currently 95% of its revenue from the fashion business -- YOHO! BUY (goods), the remaining 5% of the advertising revenue, according to the revenue structure of current judgment, Sony media is a vertical electric company, but it is in the trendsetter user's operation has done many attempts.
According to Sony media founder, CEO to provide all-weather ultra beam technology data: over the past two years, the company maintained an annual water double the growth in 2016, water reached 2 billion, profit scale to billions of dollars, 2017 is expected to grow 60%-70%.
In the vertical electricity supplier "dead and injured" serious today, compared to other vertical electricity supplier, Sony media seems alive is not bad. Chinese first United States IPO beauty electricity supplier jumei.com now has a market value than the peak dropped more than 90%, the co-founder of Dai amamori recently announced turnover; sale areas started vip.com over the past 18 quarters despite continuous profitability, but due to the lack of new growth led to the stock investors are not optimistic about the. Other unlisted vertical electricity supplier, footwear B2C vertical electric good buy music has been quiet for many years; import brand sale platform baby honey bud baby fake, continuous management problems; shirt B2C started where the customer has been dying.
Vertical retail providers in the end there is no future? The answers we get from the industry are not all pessimistic.
YOHO! Sample: ecosystem around the trendsetter
"We don't think he is a supplier of home appliances company, our service is China the younger generation of consumers in the lead and the way of life" Sony media CEO Liang Chao accepted all-weather technology exclusive interviews said that although the online retail income in the whole income accounted for 95%, but he thought that it was just a stage realizable path.
Liang Chao's argument is based on the vertical ecological layout of Sony media.
In 2005, as a director of Liang Chao in the Nanjing TV station for the domestic culture enthusiasm, founded the magazine - "YOHO! Tide annals" he wanted to do, in fact, is not limited to a magazine, but the service for young people who love tide brand culture. However, magazines have enabled Sony media to come into contact with a large number of upstream brands, and have trained a group of readers who are interested in "tide" brand culture in the lower reaches.
A year later, Liang Chao did not increase the magazine business to increase revenue, but also launched an online community -- YOHO! NOW, because he found that "YOHO! Tide annals" readers and customers all hope to have a mutual communication in the network space; in 2007, when the "YOHO trend Chi!" user feedback, many brand magazines and on the site to buy the product, Liang Chao also think: why can't you launch a business platform, the domestic and foreign original designer brands sold to users? Thus, there will be in 2008 the trend of the line of electricity supplier - YOHO, BUY (goods).
YOHO! For the 16-35 year olds, around this group of fashion enthusiasts, Liang Chao today has developed a trend of focusing propagation matrix, which contains three operations: one is the media, including "YOHO! YOHO" trend Chi, NOW community, and YOHO!! the WeChat, micro-blog and other new media; the second block is YOHO! BUY (goods), in addition to online business, this year also opened the first line shop, so the goods is currently online and offline combined with the retail trading platform; YO 'HOOD activities are third sub business, now it is held for fifth consecutive years of global trend of exhibition.
Liang Chao told all-weather technology, the combination of this matrix of communication platform logic is: through the media to spread content, through the retail platform to achieve commodity sales, dissemination of culture with activities to lay the industry position.
In September 2015, Sony media also announced a program called "YOHOPE" the new designer incubator program, this is a lack of funds and the supply chain management, but the channel but I hope to have a better development of the incubator platform designer. "YOHOPE" is the two core business segment of Sony media. As of today, "YOHOPE" has hatched more than 40 designer brands, they accounted for YOHO, BUY (goods) sales accounted for 20%.
Liang Chao said, in the Sony media inside, there is a small team of 20-30 people, their distribution in different lines of business, continue to communicate in a variety of fashion circles, observe the change trend, and send the information to the company, the company to do the auxiliary line of business and future development of the decision. But since that is not super beam, most people understand the trend, he kept the fashion sense way is to continue to feel, he every quarter to Europe, the United States, Japan and South Korea and other high fashion for about ten days, to feel the change of the global trend of culture.
To this day, Liang Chao and his YOHO have been in the vertical field of "tide" for 12 years. Some quantifiable results including YOHO! BUY (goods) the current cooperation trend of the brand reached 1400, including 30% international well-known brands, 20% foreign tide brand, the rest is the domestic small and medium-sized brands; YOHO in the client, BUY! (goods) APP registered a total of 15 million members, 2

Scan the QR code to read on your phone 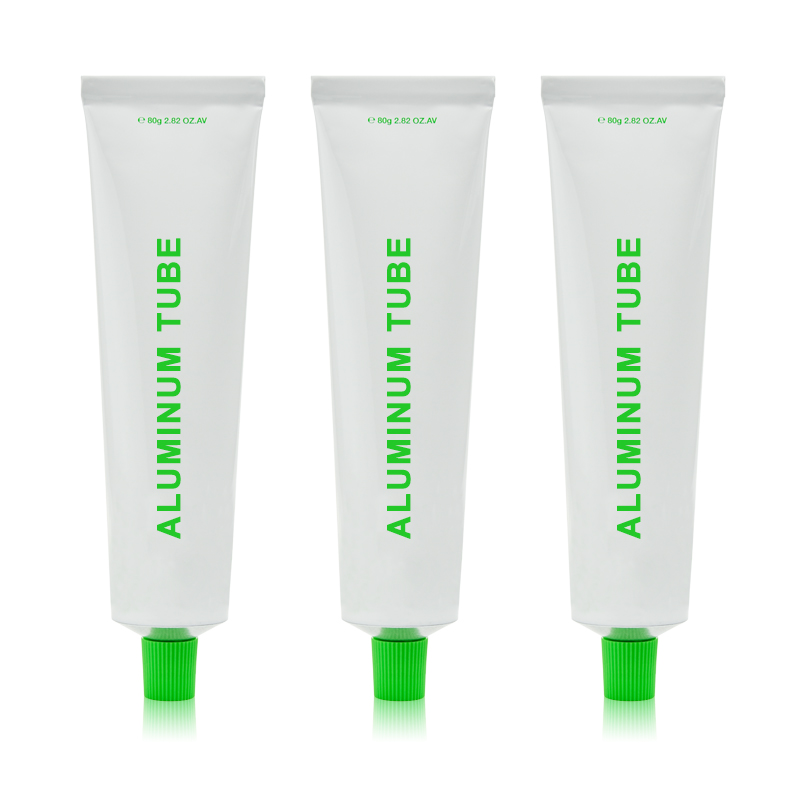 What are the products that use Toothpaste Tube Aluminum Packaging

Every girl may have a lot of cosmetics, and there are bottles and jars on the dressing table. Didn't you say that there are no ugly women, only lazy ones. In so many cosmetics, is it more comfortable to use the packaging of the tube? What are the products of Toothpaste Tube Aluminum Packaging?
2022-03-24 Do Toothpaste Tube Aluminum Packaging products need to be sterilized

Toothpaste is an indispensable item for many people, and every girl has more or less cosmetics. When going out to play or gathering with friends, most girls must wear makeup before going out.
2022-03-18 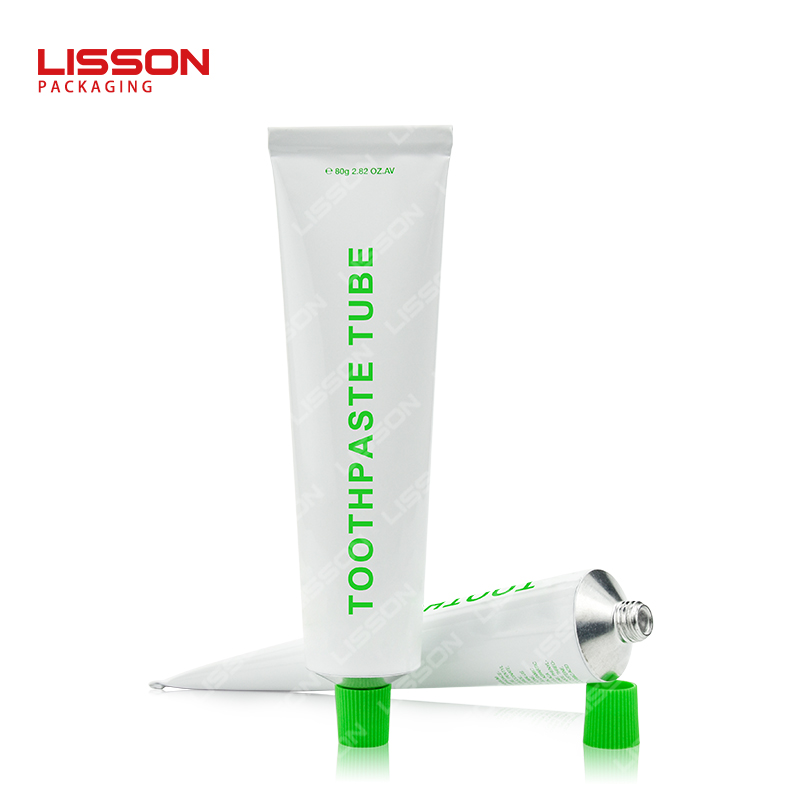 Toothpaste is everyone's daily necessities, especially for girls, everyone has the so-called love of beauty, but toothpaste is an indispensable part of everyone's way to become beautiful.
2022-03-10 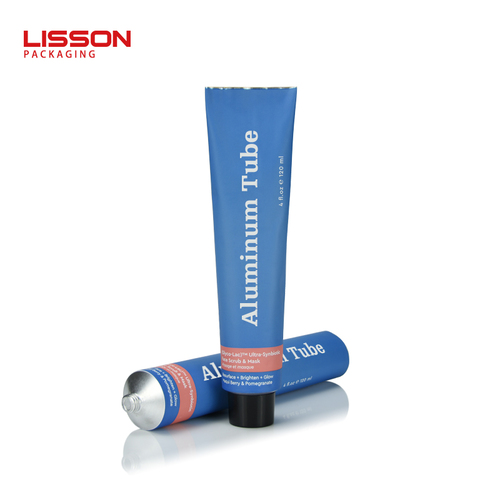